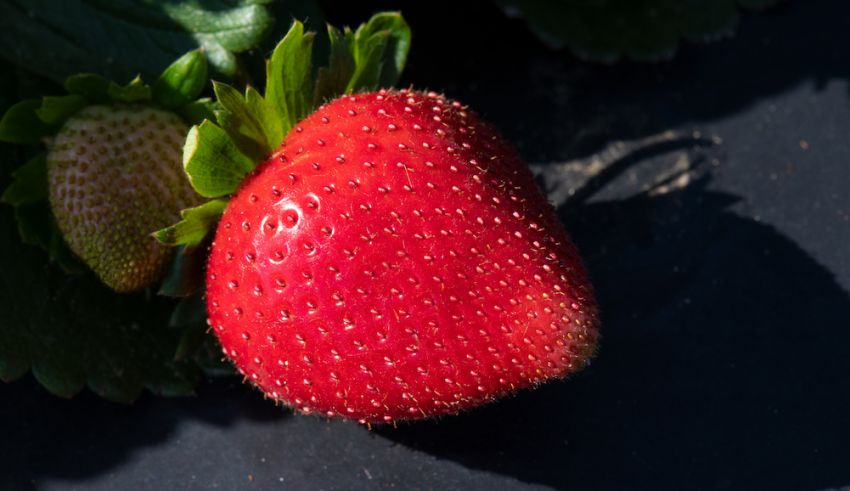 Reporting in the journal Food Chemistry, a Washington State University research team used two testing methods to measure the levels of two herbicides, namely atrazine and acetochlor, in samples of apples, strawberries, cabbage, corn and fruit juices. The work shows the real-world viability of their easy-to-use and inexpensive methods of testing.

“We applied this technology for real sample detection – which is an important step in moving towards commercialization,” said Annie Du, research professor in WSU’s School of Mechanical and Materials Engineering and the principle investigator of the project.

The Food and Drug Administration (FDA) regularly tests a broad range of commodities for approximately 800 pesticide residues, and producers are required to keep the chemical residues on food below a certain level that is considered safe. The two herbicides the researchers measured are widely used in crop production in the U.S. At high exposures, they are potentially toxic for people and have been linked to a range of maladies from allergies to hormone disruption to cancer.

Doing the testing, however, currently requires sophisticated and expensive instruments as well as a trained technician.

“We want to come up with a low-cost method that can be used in the field or in the laboratory,” said Bernie Van Wie, corresponding author on the paper and a professor in WSU’s Gene and Linda Voiland School of Chemical Engineering and Bioengineering.

In the past few years, the researchers have developed and patented their idea that uses nanoparticles of palladium and platinum to amplify the signal of molecules. The nanoparticles attach to an antibody, which recognizes the chemical, and then stimulate the production of a signal.  The amplification allows the researchers to know that tiny amounts of the chemicals are present and at what level.

In this latest work, the researchers used the nanoparticles in two types of tests to measure two chemicals simultaneously. The chemicals were spiked into fruit and vegetable samples that were pureed in a blender.

One of the tests uses the palladium-platinum nanoparticles to catalyze a reaction that causes a color change in a sample when the herbicide is present. The test can be done using a small unit that can be carried into the field.  The other test the researchers developed uses the nanoparticle in a low-cost paper strip that looks like a COVID-19 or pregnancy test and can be read with a smartphone reader.

The tests were sensitive enough to measure the chemicals down to the maximum acceptable levels and were validated using traditional testing methods.

“We’re actually able to detect below the maximum concentration limits. If there’s any pesticide or herbicide in the sample,” said Van Wie. “That’s good because while this can be done by other methods, this method is low-cost and portable in the field.”

Du has recently started a company that is negotiating with WSU’s Office of Commercialization to license the technology for additional applications. The work was supported by the USDA/National Institute of Food and Agriculture (NIFA) Agriculture and Food Research Initiative (AFRI) program (grant number 2018-67021-27970). — By Tina Hilding, Voiland College of Engineering and Architecture, Washington State University