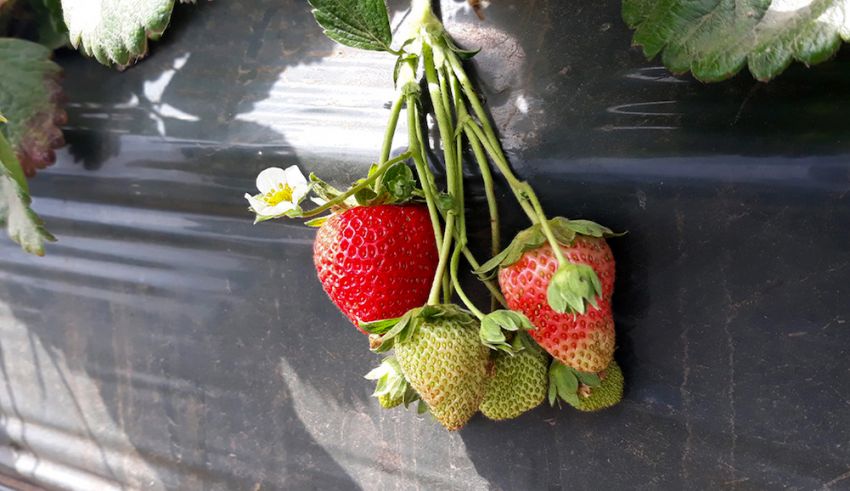 The use of plastic mulch keeps crops like strawberries from coming into contact with soil, reducing the number of berries lost to rot.

Washington State University is leading a new project that aims to advance soil-biodegradable mulches and develop innovative methods for recycling the plastic. The projects is funded by a $8 million, four-year Specialty Crop Research Initiative grant from the USDA National Institute of Food and Agriculture.

Growers of crops like strawberries, raspberries, pumpkins, tomatoes, and melons depend on plastic mulch to enhance productivity. But that mulch is rarely recycled, and the soil-biodegradable version isn’t allowed in domestic organic production.

Consequently, every year an estimated 2.5 million tons of plastic mulch is dumped into landfills, tilled into the soil, or burned, leading to global terrestrial and aquatic pollution. And that number is rising as more growers worldwide adopt plastic mulch without viable, sustainable end-of-life options for waste management.

The new WSU-led program will focus on strawberries as a model crop because it’s a popular fruit grown throughout the country in different weather situations and soil systems. Scientists, extension specialists, and growers in California, Florida, Nebraska, and Washington will all participate. Companies such as Driscoll’s and Natureripe are also collaborating on the project.

“Growers are really dependent on plastic mulch,” said Lisa DeVetter, a Department of Horticulture associate professor based at WSU’s Northwestern Washington Research and Extension Center in Mount Vernon. “Every year, tens of thousands of acres of mulch are put on soil across the country, but the plastic mostly winds up in landfills and takes hundreds of years to degrade.”

Soil-biodegradable mulch currently can’t be used in organic fields because it contains non-bio-based and synthetic materials forbidden in U.S. certified organic production. Growers are also concerned about its ability to fully biodegrade in soils and the potential long-term economic implications of degraded soil.

Mulch recycling is a limited option because it’s coated with dirt and plant debris after being removed from the fields.

“As much as 50 to 80% by weight of the removed mulch is contaminated with debris,” DeVetter said. “Most recycling facilities require less than 5% contamination.”

The research team will look at methods for removing debris from the plastic and new technologies for recycling debris-laden plastic. They’ll also study ways to build the infrastructure necessary to handle potentially huge volumes of mulch, and how to incentivize more sustainable waste management behavior.

This is the first time a research project will combine recycling and soil-biodegradable efforts to help reduce the tonnage sent to landfills and the resulting environmental impact; they’ve always been separate studies.

“We’re leveraging our experience and network of collaborators — researchers, people in the industry, as well as allied nonprofit organizations — to come up with viable solutions to make an impact,” DeVetter said. — By Scott Weybright, College of Agricultural, Human, and Natural Resource Sciences, Washington State University