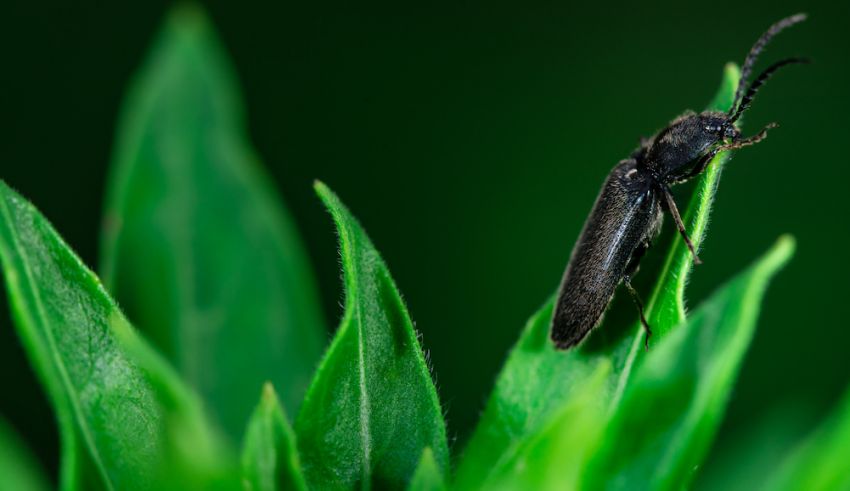 Darkling beetles girdle seedlings at or below soil line by chewing which can cause significant damage and plant death when beetles are in high numbers. Darkling beetles are not usually a problem once plants are big enough to withstand the chewing damage. They move in from field edges, including weedy areas or adjacent crops like grains or alfalfa. Conventional control includes insecticide baits, but organic growers have more limited options.

The UC Cooperative Extension conducted a study funded by the California Tomato Research Institute to better understand darkling beetle movement into tomato fields and develop a monitoring strategy to assist with control before beetles migrate into crop fields. Probable habitats for darkling beetles were scouted March-May 2022. These sites included weedy vegetation, hedgerows, field borders, and other locations in close proximity to crop fields (examples of trap sites pictured below). To determine darkling beetle presence, pitfall traps and visual observations were used. Pitfall traps consist of plastic cups buried in the soil, so that the opening is even with the soil line and filled with a preserving liquid. Insects walking across the ground fall into the cup as they travel and are unable to escape. Four organic field sites were monitored, with a total of 30 pitfall traps. The data is still being analyzed and beetles are currently being identified but the figure below shows a generalized overview of what was captured in the pitfall traps in Spring 2022. Because pitfall traps are better at measuring insect activity rather than density, they were not very effective at capturing darkling beetles. Darkling beetles do not move around as frequently as other insects like predatory ground beetles, which were caught in high numbers. However, darkling beetle damage was also not readily observed in these tomato fields. One field did however have significant damage from vegetable weevils which feed on foliage and stems, defoliating the plant, rather than girdle young plants at the base. Ground beetles were the most abundant insects captured, followed by miscellaneous beetles (not including darkling beetles) which included carrion beetles, click beetles, lady beetles, rove beetles and others in smaller numbers. Earwigs were also commonly captured along with isopods, spiders and ants (data not included). — By the UC Cooperative Extension with Funding from the California Tomato Research Institute