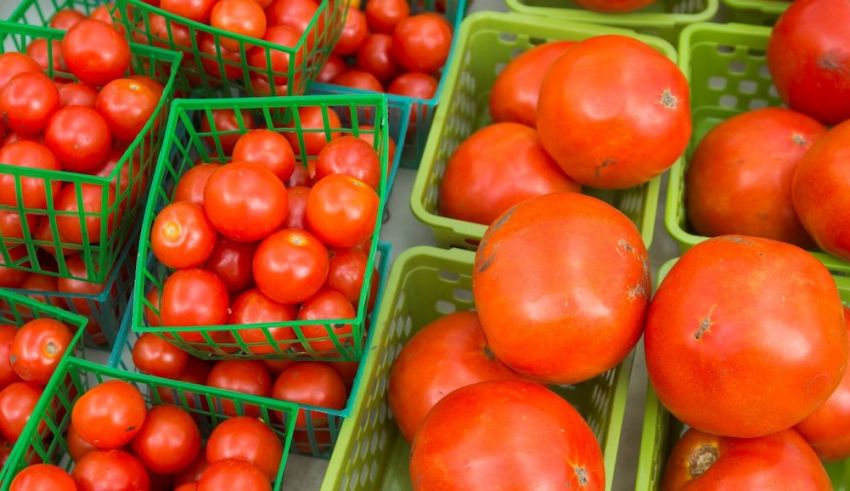 You can scarcely find a tasty, heirloom tomato in the grocery store. But University of Florida scientists helped discover a way to enhance tomato smell and taste. Breeding efforts over the last half century have emphasized traits that are important to producers – yield, disease resistance, appearance and post-harvest shelf life among them.

While those traits are important, modern commercial varieties tend to fall short of the flavor potential shown in older varieties. But consumers want tomatoes that taste and smell good.

Indeed, in a study published in 2012, consumers who taste-tested several tomato varieties preferred tomatoes with high levels of nitrogenous volatiles.

For years, consumers have lamented what they deem as the bland taste of tomatoes. Any flavor you savor when you bite into the fruit comes from a combination of many aroma compounds. Some of those compounds contain nitrogen, and they add fruity, floral and tomato vine profiles to the flavor mix. Working on an international team of scientists, two UF/IFAS researchers helped find a route to several important nitrogen-containing tomato flavor compounds.

In a newly published study, scientists showed that five of the compounds are part of a biochemical pathway for synthesis of these important flavor compounds.

That data led scientists to identify a step in the pathway to nitrogen-containing flavor compounds.

“Now that we know how these compounds are made in tomatoes, we can identify varieties that have the heirloom version of the enzyme and high levels of these flavor compounds, and we can breed this trait into modern tomatoes to improve flavor,” Tieman said.

Tomatoes produce many aroma volatiles, including nitrogen-containing volatiles that are relatively rare in other fruits.

Since these volatiles are active at low concentrations, increasing their levels does not impact yield or fruit size.

Tomatoes are the most valuable fruit produced worldwide. Indeed, in 2020, American farmers harvested about 12,600 tons of fresh market tomatoes and 11 million tons of processing tomatoes from 273,00 acres. That adds up to $1 billion in revenue. Florida harvested 26,000 areas of tomatoes during the 2018-2019 season, valued at almost $426 million.

The new research, published recently in the Proceedings of the National Academy of Sciences, was led by Harry Klee, a UF/IFAS professor emeritus of horticultural sciences and Charles Goulet, a professor of plant science at Universite Laval in Quebec City, Canada. — By Brad Buck, University of Florida Institute of Food & Agricultural Sciences