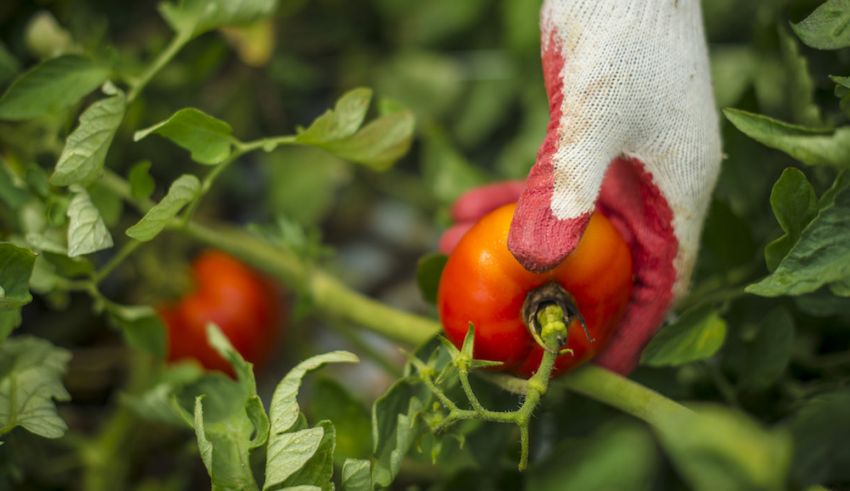 Assuming normal conditions for open-field cultivation and continued growth in the sector’s use of greenhouse and shade technologies, Mexico’s fresh tomato production for October-September marketing year (MY) 2022/23 is projected to match the official production estimate for MY 2021/22 of 3.7 million metric tons (MMT). Despite abnormally dry conditions in some areas, no major production shortfalls due to weather are present at this time. The largest producing state remains Sinaloa with 23 percent of total production, followed by San Luis Potosi, Michoacan, Baja California Sur, Zacatecas, Morelos, Puebla, and Jalisco. To obtain higher yields, Mexican growers continue to transition from open field towards more controlled production under protected cultivation methods. Exports to the United States will also remain strong due to available exportable supply and flat domestic consumption.

In MY 2022/23, Mexico’s tomato sector is expected to maintain its current productivity, assuming normal growing conditions and continued strong demand from the U.S. market, with Post projecting production will remain at 3.7 MMT. Tomatoes are grown across Mexico throughout the year with two important production/harvest peaks that overlap: from December to April with fruit from the state of Sinaloa, Mexico`s largest tomato producer, dominating the domestic market and exports to the United States; and from May to November the major suppliers in order of supply are San Luis Potosi followed by Michoacan, Baja California Sur, Zacatecas, Morelos, Puebla, and Jalisco. At the time of this report, production for MY 2021/22 is estimated to be 3.72 MMT based upon higher yields as the sector continues to expand in the greenhouse and other technological methods of production. This is occurring in both current major producing areas as well as lower volume states. The official production figure for MY 2020/21 is 3.03 MMT, according to Mexico’s Agrifood and Fisheries Information Service (SIAP). In MY 2020/21, Sinaloa produced over 709,000 MT followed by San Luis Potosi with 343,670 MT, Michoacan with 237,841 MT, Baja California Sur with 164,507 MT, and Zacatecas with 158,970 MT. For production share of major producing states in 2021 see Figure 1 below. According to available data from SIAP, Sinaloa remains the leading supplier of tomatoes followed by San Luis Potosi and Michoacan. These top three producing states account for over forty percent of national production, but tomatoes are grown throughout the country. For production history of the top five producing states see Figure 2 below. While Sinaloa remains the largest producer in Mexico at the state level, the majority of growth in Mexico’s national production is dispersed across San Luis Potosi, Michoacan and other smaller producing states. The use of different levels of technology for protected agriculture production allows Mexican growers to supply the U.S. market year-round. Greenhouse, shade houses, and high tunnel systems are in use throughout the country. According to available data, in 2010, Mexico’s production from these systems was less than 1.0 MMT. By 2012, tomatoes cultivated from these protected methods reached 1.61 MMT. This ongoing trend is due to a combination of open-field production converting to various shade and tunnel methods, as well as most new production being in the form of greenhouse, shade, and tunnel cultivation. From 2012 to the present day, non-open-field production has become an increasingly important share of national production, and accounts for most of the sector’s growth. By 2020/21, tomato production from protected sources reached an estimated 2.21 MMT, accounting for 67 percent of total tomato production. Figure 3 below shows this progression in which open-field production has become a smaller share of Mexico’s production.

While Mexico’s domestic consumption of fresh tomatoes is not covered in depth by this report, understanding basic national attributes helps to inform trends in production and trade. Mexico exports over half of its annual production. Based upon available population and per capita consumption data, Mexico’s annual tomato consumption stands at approximately 1.75 MMT. In 2021, the Secretariat of Agriculture and Rural Development (SADER) estimated annual per capita consumption of tomatoes in Mexico at 13.4 kg/person.

Mexican tomatoes follow well-established supply chains to markets throughout the United States. The greatest volume of Mexican tomatoes enter through the Laredo customs district, followed by the Nogales and San Diego customs districts. The reader should note that the Laredo district has four important ports of entry (POE) for the crossing of tomato shipments. In order of volume, these are: Pharr, Laredo, Brownsville, and Progreso. In comparison, the Nogales customs district consists of one crossing POE for tomatoes, as does the San Diego district. For the share of tomato exports by Customs District see Figure 5 below. Once processed and cleared by U.S. authorities, specialized wholesalers redistribute product to retail chain distribution centers further north in the United States. Product

crossing through the Laredo POE typically reach distribution centers further north in Texas to be consolidated with other goods and distributed to points of sale. The Tomato Suspension Agreement (TSA) of fresh tomatoes grown in Mexico ensures that signatory producers and exporters sell all fresh and chilled tomatoes to the United States at or above the TSA reference price. Tomatoes for processing are exempt from the reference price. Tomato shipments are inspected upon entry for compliance with existing U.S. import regulations by agencies including Customs and Border Protection (CBP), United States Department of Agriculture (USDA), and the Food and Drug Administration (FDA). The reader should be cognizant that the TSA is different from import requirements of fresh tomatoes under Section 8e of the USDA Agricultural Marketing Agreement Act of 1937 (AMAA). Also, tomatoes are inspected at U.S. ports of entry by CBP and USDA to ensure product is free of evidence of Tomato brown rugose fruit virus (ToBRFV), and are also subject to FDA inspection. — By Eduardo Lozano, USDA Foreign Agricultural Service