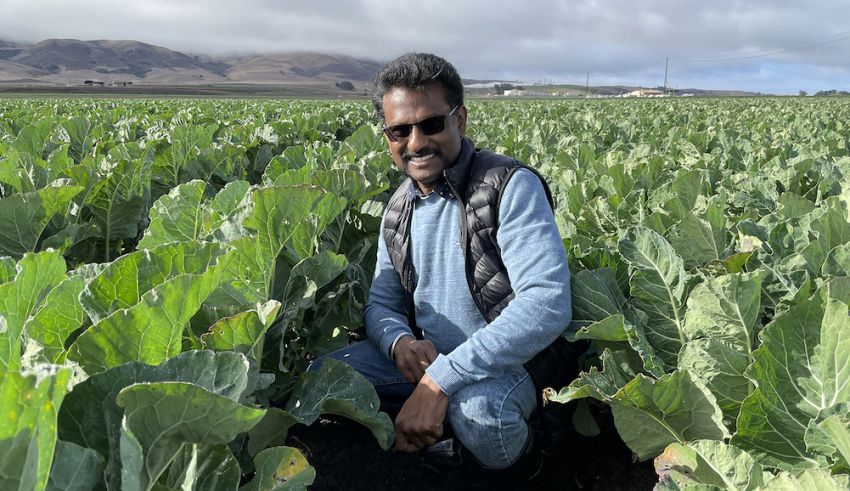 Dara joins NWREC from the University of California Cooperative Extension in San Louis Obispo. With more than 25 years of experience in research and extension, he brings expertise in IPM, microbial control, biostimulants, and biological soil amendments. Recognized for his development of innovative solutions in sustainable crop production and protection, he is passionate about connecting with both the agricultural community and the general public in raising awareness about food production and promoting equitable food access.

“We are excited to have Surendra join the team and take on the leadership role at one of the most agriculturally diverse experiment stations in the state,” said Alan Sams, Dean of the College of Agricultural Sciences and Director of the Oregon Agricultural Experiment Station. “His expertise in innovative agricultural production and his passion for connecting with people from all backgrounds is critical to a region that relies on agricultural production for its economic and social vitality.”

Nearly 40% of the $5.7 billion farmgate value of Oregon agriculture is produced within a 50-mile radius of NWREC. The researchers and extension faculty at the station focus their work and programming on some of Oregon’s most important local agricultural crops, including: greenhouses and nurseries, hazelnuts, berries, vegetables and specialty seed production, Christmas trees, orchard crops, and field and grass crops. In addition, four other programs cut across these crop systems—small farms production, organic production, pesticide research, and agrivoltaics.

“Research stations play a critical role in the local economy and how we contribute to the success of sustainable agriculture,” Dara explained. “The densely diverse agricultural production and proximity to an urban center make this station such a unique place to contribute to science and community. So much about this position, the station, and the College align with my values and goals. I am eager to get started and take this opportunity to make a meaningful difference.”

Dara is filling the position left open by Mike Bondi, who recently retired after a distinguished career serving Oregon State University since 1978, including the past 10 years as the director of NWREC.

In addition to his scientific and community contributions, Dara is also a talented poet, writer, lyricists in his native language Telugu and stand-up comedian. He founded Laugh To Live in 2008 and gives talks about finding happiness.