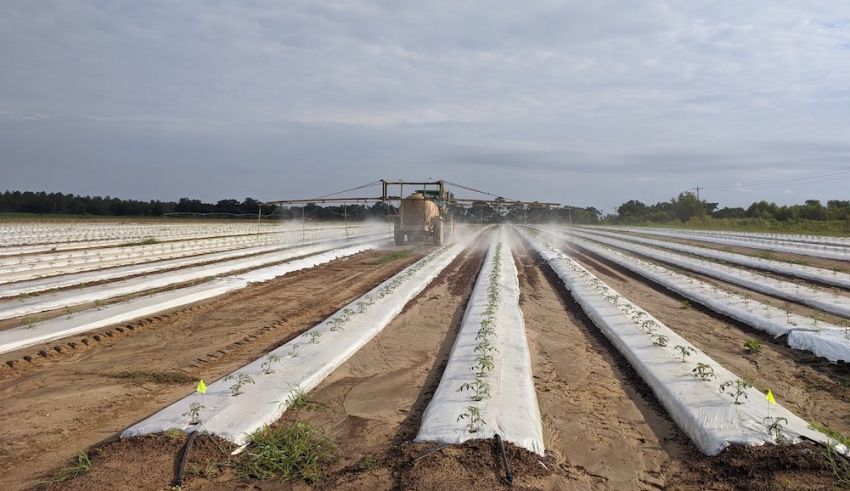 Tomatoes are big business in the United States, but an insect no bigger than a grain of rice threatens growers’ fields each season.

The whitefly prefers the underside of leaves, enjoying a variety of plants and spreading a few diseases, including Tomato yellow leaf curl virus. The pests are also persistent, said Xavier Martini, an entomologist at the University of Florida Institute of Food & Agricultural Sciences (UF/IFAS) North Florida Research and Education Center (NFREC) in Quincy. Most commonly, growers apply insecticides weekly to the plants, which may not prevent the disease from reaching and spreading throughout a field, he said.

“I was contacted by a local tomato producer, who has now had two recent seasons with his fields overtaken by this virus, despite weekly spraying,” Martini said. “The whitefly is able to use other plants as hosts, including surrounding row crops and weeds, which helps it to remain near crop fields even where insecticides are being used.”

Previous studies helped narrow their testing focus to a white clay called kaolin and an essential oil called limonene, each of which is approved by the Environmental Protection Agency for agricultural use. Although previous publications have not documented use of the two in combination, kaolin’s absorbency of essential oils is well-noted.

“These products are easily found and relatively inexpensive, and they can be applied using a tractor that is standard spray equipment on most farms,” Martini said. “They also happen to meet the requirements for organic production, so although that was not a specific goal for this study, it is a bonus.”

The study, published in the journal Crop Protection, details applications in both closed-cage plants and open-field test plots, with some plants receiving a single type of treatment and others a combination of the two. While the single treatments resulted in fewer nymphs and adults than non-treated control plants, the combination resulted in the smallest whitefly counts.

“It’s not clear why the whitefly doesn’t like the leaves applied with the clay,” Martini said. “We know whiteflies are attracted to the color yellow, so we initially thought it was a visual repellent. We found that it was more likely the texture of the coating. But when combined with another type of repellent in limonene, we saw the whiteflies were even less drawn to the plant.”

The trials required weekly applications due to plant growth and rainfall, although Martini noted the clay’s water solubility can also be viewed as a positive for producers. Any spray that may remain on harvested produce can be easily rinsed off during processing.

UF/IFAS research on kaolin-limonene treatments is continuing, Martini said, and will next focus on squash and other cucurbits. These plants are also susceptible to whiteflies and contract diseases like cucurbit leaf crumple virus.

The publication, “Repelling whitefly (Bemisia tabaci) using limonene-scented kaolin: A novel pest management strategy,” can be accessed at doi.org/10.1016/j.cropro.2022.105905. Research was funded through a USDA grant administered by the Florida Department of Agriculture and Consumer Services. — By Kirsten Romaguera, University of Florida Institute of Food & Agricultural Sciences