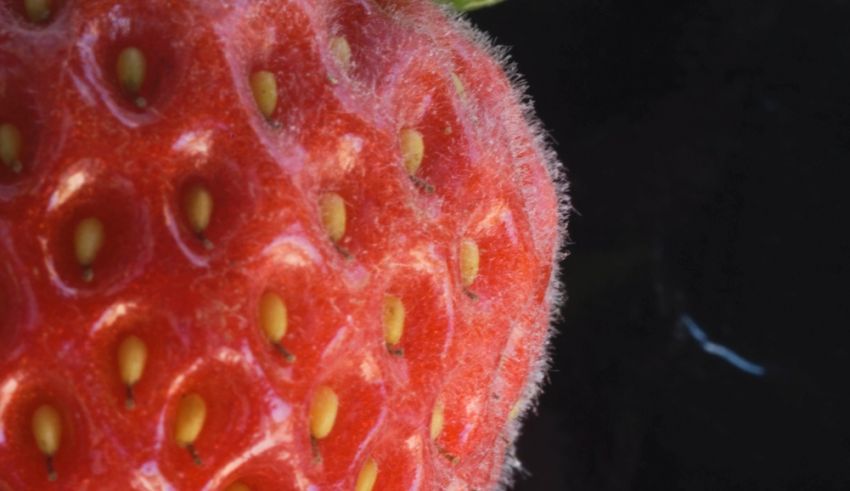 While not exactly the stuff of sci-fi movies, scientists have developed a “ray gun” that emits a light hazardous to a pestilence that devastates many types of crops. Fumiomi Takeda, a research horticulturalist, and Wojciech Janisiewicz, retired research plant pathologist, from the Agricultural Research Service (ARS) Innovative Fruit Production, Improvement, and Protection unit in Kearneysville, WV, led a team that used shortwave ultraviolent light (UV-C) to kill powdery mildew fungus.

UV-C is a very specific part of the ultraviolet light spectrum. UV-C is produced by the sun but does not reach Earth’s surface because it is absorbed by the ozone layer in the upper atmosphere. That’s a good thing, because UV-C is harmful to humans and plants when exposed to excessive amounts or for a long time.

“We conducted research to administer UV-C on powdery mildew-infected strawberry plants without causing harmful effects on the plant, such as leaf burn, fruit softening, or color darkening to determine whether it would be a good alternative to controlling powdery mildew with pesticides,” Takeda said.

On strawberry plants, powdery mildew appears as white powdery spots or fuzzy growth on both sides of leaves and on stems. Moderate to severe infection reduces the ability of leaves to employ photosynthesis – the process that plants use to synthesize foods from carbon dioxide and water. Powdery mildew can kill flowers, harden immature fruit, and reduce fruit quality and marketable yields.

If not controlled, the disease can cause a significant economic loss, especially to plants grown in greenhouses or high tunnels. In Japan and western Europe, where over 90% of strawberry production is in the greenhouse and under high tunnels, powdery mildew is the primary cause of fruit quality loss.

UV-C light kills microorganisms (fungi, bacteria, and viruses) and even arthropod pests by damaging their DNA.

According to Takeda and Janisiewicz, UV-C application is most effective at night because microbes and mites have a natural, light-activated special mechanism for repairing their damaged DNA. When UV-C is used during the day, high doses are needed to kill microbes, but those high doses are damaging to plants. To avoid this problem, they irradiated microbes with UV-C at night.

“Night-time application of 30-60 seconds allowed for control of powdery mildew, botrytis gray mold, and anthracnose fruit rot causing fungal pathogens at much lower doses for an effective kill and, more importantly, below the threshold that causes damage to the strawberry plants,” Takeda said.

In addition to strawberries, USDA scientists have used UV-C light on tomato plants and ornamental crops to control fungal pathogens and arthropod pests, such as greenhouse whitefly, flower thrips, and two-spotted spider mite.

ARS collaborated with TRIC Robotics in Newark, DE, to design and test the UV-C application robots at multiple locations, including California, where they have been field tested for over 10 months. The UV-C, non-chemical approach for fungal and pest control has shown so much success that it is on the brink of widespread commercial application.

“With the development of our autonomous UV-C application in the field, it is not so much a question of whether UV-C light treatments can be applied effectively, but how soon commercial platforms for UV-C application will be available to large and small strawberry growers across the country,” Takeda said. – By Scott Elliott, USDA ARS