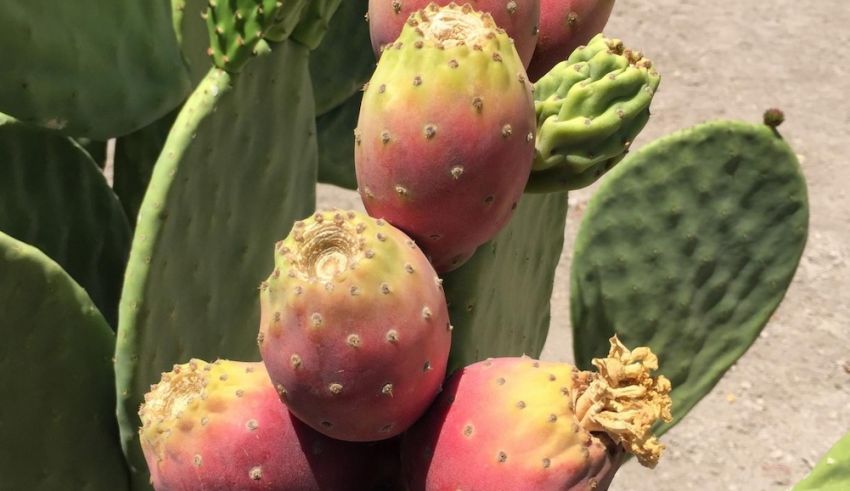 Could cactus pear become a major crop like soybeans and corn in the near future, and help provide a biofuel source, as well as a sustainable food and forage crop? According to a recently published study, researchers from the University of Nevada, Reno believe the plant, with its high heat tolerance and low water use, may be able to provide fuel and food in places that previously haven’t been able to grow much in the way of sustainable crops.

Global climate change models predict that long-term drought events will increase in duration and intensity, resulting in both higher temperatures and lower levels of available water. Many crops, such as rice, corn and soybeans, have an upper temperature limit, and other traditional crops, such as alfalfa, require more water than what might be available in the future.

“Dry areas are going to get dryer because of climate change,” Biochemistry & Molecular Biology Professor John Cushman, with the University’s College of Agriculture, Biotechnology & Natural Resources, said. “Ultimately, we’re going to see more and more of these drought issues affecting crops such as corn and soybeans in the future.”

As part of the College’s Experiment Station unit, Cushman and his team recently published the results of a five-year study on the use of spineless cactus pear as a high-temperature, low-water commercial crop. The study, funded by the Experiment Station and the U.S. Department of Agriculture’s National Institute of Food and Agriculture, was the first long-term field trial of Opuntia species in the U.S. as a scalable bioenergy feedstock to replace fossil fuel.

Results of the study, which took place at the Experiment Station’s Southern Nevada Field Lab in Logandale, Nevada, showed that Opuntia ficus-indica had the highest fruit production while using up to 80% less water than some traditional crops. Co-authors included Carol Bishop, with the College’s Extension unit, postdoctoral research scholar Dhurba Neupane, and graduate students Nicholas Alexander Niechayev and Jesse Mayer.

“Maize and sugar cane are the major bioenergy crops right now, but use three to six times more water than cactus pear,” Cushman said. “This study showed that cactus pear productivity is on par with these important bioenergy crops, but use a fraction of the water and have a higher heat tolerance, which makes them a much more climate-resilient crop.”

Cactus pear works well as a bioenergy crop because it is a versatile perennial crop. When it’s not being harvested for biofuel, then it works as a land-based carbon sink, removing carbon dioxide from the atmosphere and storing it in a sustainable manner.

“Approximately 42% of land area around the world is classified as semi-arid or arid,” Cushman said. “There is enormous potential for planting cactus trees for carbon sequestration. We can start growing cactus pear crops in abandoned areas that are marginal and may not be suitable for other crops, thereby expanding the area being used for bioenergy production.”

The crop can also be used for human consumption and livestock feed. Cactus pear is already used in many semi-arid areas around the world for food and forage due to its low-water needs compared with more traditional crops. The fruit can be used for jams and jellies due to its high sugar content, and the pads are eaten both fresh and as a canned vegetable. Because the plant’s pads are made of 90% water, the crop works great for livestock feed as well.

“That’s the benefit of this perennial crop,” Cushman explained. “You’ve harvested the fruit and the pads for food, then you have this large amount of biomass sitting on the land that is sequestering carbon and can be used for biofuel production.”

Cushman also hopes to use cactus pear genes to improve the water-use efficiency of other crops. One of the ways cactus pear retains water is by closing its pores during the heat of day to prevent evaporation and opening them at night to breathe. Cushman wants to take the cactus pear genes that allow it to do this, and add them to the genetic makeup of other plants to increase their drought tolerance.

Bishop, Extension educator for Northeast Clark County, and her team, which includes Moapa Valley High School students, continue to help maintain and harvest the more than 250 cactus pear plants still grown at the field lab in Logandale. In addition, during the study, the students gained valuable experience helping to spread awareness about the project, its goals, and the plant’s potential benefits and uses. They produced videos, papers, brochures and recipes; gave tours of the field lab; and held classes, including harvesting and cooking classes.

In 2019, Cushman began a new research project with cactus pear at the U.S. Department of Agriculture – Agricultural Research Service’ National Arid Land Plant Genetic Resources Unit in Parlier, California. In addition to continuing to take measurements of how much the cactus crop will produce, Cushman’s team, in collaboration with Claire Heinitz, curator at the unit, is looking at which accessions, or unique samples of plant tissue or seeds with different genetic traits, provide the greatest production and optimize the crop’s growing conditions.

“We want a spineless cactus pear that will grow fast and produce a lot of biomass,” Cushman said.

One of the other goals of the project is to learn more about Opuntia stunting disease, which causes cactuses to grow smaller pads and fruit. The team is taking samples from the infected plants to look at the DNA and RNA to find what causes the disease and how it is transferred to other cactuses in the field. The hope is to use the information to create a diagnostic tool and treatment to detect and prevent the disease’s spread and to salvage usable parts from diseased plants. — By Claude Wharton, University of Nevada