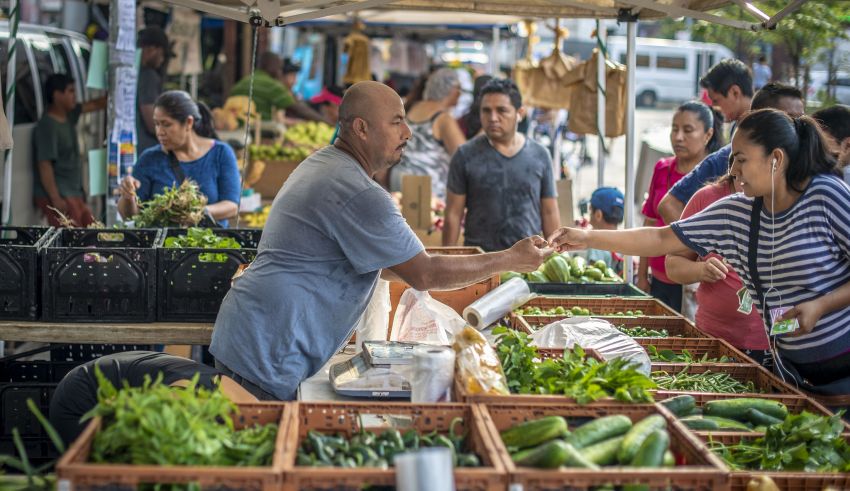 A new study by University of California, Davis, researchers finds a low risk of contamination of foodborne pathogens on produce and meat at Northern California certified farmers markets, but still finds cause for some concern.

The study, published in the Journal of Food Protection, examined the prevalence of Salmonella on meat and produce, as well as the prevalence of generic E. coli on produce. Samples were taken from 44 certified Northern California farmers markets, including in the Sacramento region and Bay Area. Less than 2 percent (1.8 percent) of animal products sampled, including beef, pork and poultry, tested positive for Salmonella, while all produce samples tested negative. Slightly more than 30 percent (31.3 percent) of produce tested positive for generic E. coli. Generic E. coli is an indication of fecal contamination, but not all E. coli is harmful. This study didn’t test for pathogenic E. coli.

“Based on this data, I think it’s safe to consume meat and produce from farmers markets,” said lead author Alda Pires, a UC Cooperative Extension specialist and research scientist in the UC Davis School of Veterinary Medicine. “That’s a low risk of contamination of foodborne pathogens, especially Salmonella.”

While the prevalence of generic E. coli may seem relatively high, the concentrations were low. Pires said that’s especially so compared to previous studies of contamination at farmers markets elsewhere in the United States. The prevalence of Salmonella in meat sampled from Northern California farmers markets is also much lower than what previous studies have found in grocery stores.

Among the produce sampled, leafy greens had the highest prevalence of E. coli, followed by root vegetables.

Consumers should still be cautious

Consumers and farmers should still be aware that produce and meat were not free from contamination. Consumers need to make sure the foods they prepare from farmers markets follow the good hygiene practices recommended by Centers for Disease Control and Prevention. Consumers should also keep produce separate from meat to avoid cross-contamination.

“The study raises awareness that it’s not just very large farms that can have contamination,” said co-author Michele Jay-Russell, with the Western Center for Food Safety at UC Davis. “Farmers need to pay attention to everything they’re doing, from planting to storage, to avoid contamination.”

While certified farmers markets are inspected for food hygiene, microbiological quality is not explored. Smaller farms, those making less than $25,000 a year, are also exempt from certain food-safety provisions of the U.S. Food and Drug Administration’s Food Safety and Modernization Act. Foodborne illness costs the U.S. economy more than $15 billion annually.