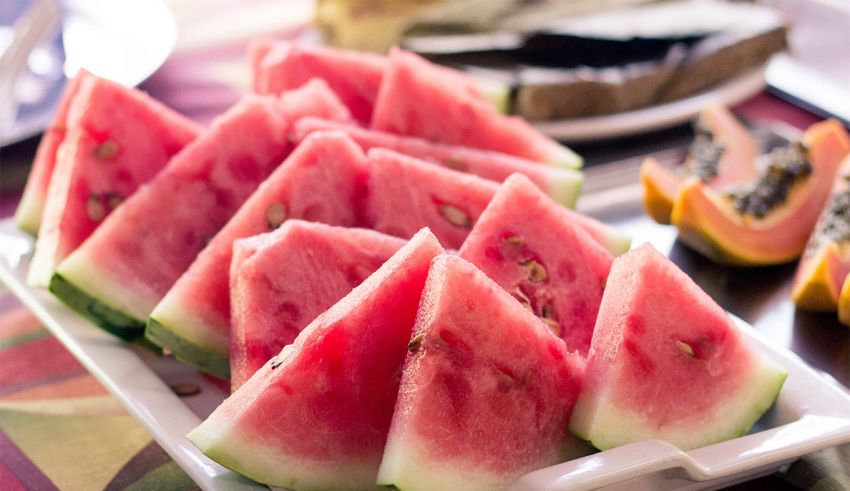 Due to Washington’s relatively low energy costs, the Pacific Northwest is a prime location for grafted transplant production of watermelon.

For more than 10 years, watermelon growers in Washington’s Columbia Basin have been struggling with a disease called Verticillium wilt, caused by the fungus Verticillium dahliae.

The findings were recently published in the American Society for Horticulture Science.

“When methyl bromide was disallowed, farmers no longer had access to it, which meant they had less control over disease spread,” said Carol Miles, interim director of the Northwestern Washington Research and Extension Center in Mount Vernon, Wash., who led the study.

Miles started searching for answers. She looked to other countries who had given up the use of methyl bromide a decade before the United States, wondering how they were dealing with this issue.

“What many of the growers worldwide were doing was grafting,” she said. This horticulture technique joins parts from two plants together so they grow as a single plant, with the upper part, or scion, of one plant growing on the root system, or rootstock, of a different plant.

“Grafting watermelon has been used on a commercial scale in Japan for almost 100 years,” Miles said. “This is not a new concept – it’s just new to us.”

As a professor in the Department of Horticulture, Miles and her team experimented with grafted and non-grafted watermelon plants. The healthy rootstocks, resistant to the pathogen, are squash plants.

“The study revealed that we can produce grafted watermelon crop yields that are better than non-grafted plants when there is disease pressure,” she said.

“The fruit from the grafted watermelon is as good, and in some cases better than non-grafted fruit,” she said.
Miles said the study bodes well not just for watermelon survival, but for agriculture.

“Having the grafting industry here in western Washington would be a great benefit,” said Miles, who pointed out that purchasing rootstocks from countries abroad isn’t always convenient.

Due to Washington’s relatively low energy costs, the Pacific Northwest is the prime location for grafted transplant production, Miles said.

“There is the potential for a greenhouse industry we don’t currently have,” said Miles, who is hopeful that transplant production takes off on Washington’s west side where the climate is moderate, year-round.

“Right now, transplants are expensive, due in part to the grafting methods that are commonly used for this crop,“ said Pinki Devi, a graduate research assistant for the Department of Horticulture. “Our recent research found that grafting watermelon using the splice grafting method could significantly decrease costs of grafting.”

Watermelons continue to surprise Miles, and she and her team plan to continue studies on melons.
“I’ve said for a long time that watermelon was my ‘fun crop,’ because it was just delicious,” Miles said.

She was pleasantly surprised by a recent study by the USDA which found the amount of a compound called lycopene in watermelon is greater than the lycopene in a tomato.

Lycopene is often heralded as an antioxidant for the prevention of cancer, so that sweet slice of summer fruit packs a healthy punch.