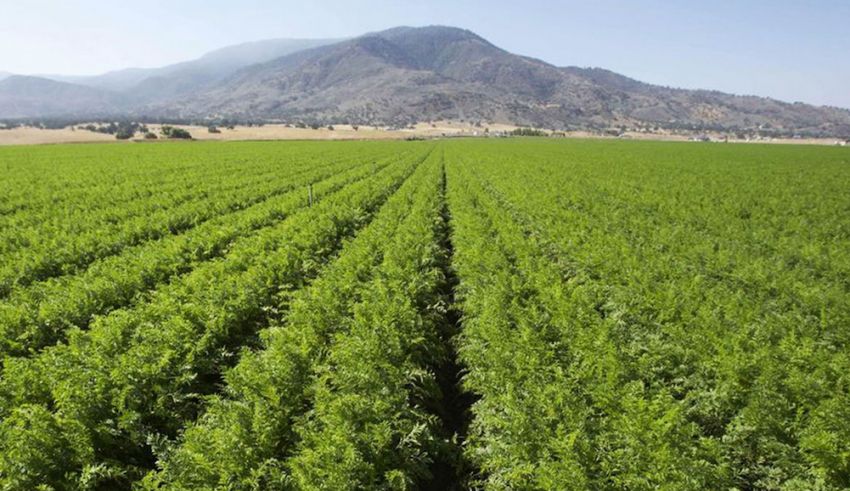 Jeff Huckaby, currently President of Grimmway Farms and Cal-Organic Farms, is being honored by the Organic Trade Association as Organic Farmer of the Year.

Huckaby started farming organically in 1999 as a farm manager for Grimmway in Bakersfield, California, growing several hundred acres of organic carrots. In 2000, he took over all of Grimmway’s organic farming operations throughout California. A year later, he became general manager of Cal-Organic Farms after Grimmway purchased Cal-Organic to expand their organic operation. Today he still leads the organic operations as President.

During Jeff’s tenure, he has grown the business from several hundred acres to over 45,000 acres of certified organic vegetables. His commitment to owning the land and building up the soil has allowed Grimmway to convert over 95 percent of its owned land to organic and grow over 65 different organic vegetables each year without the use of any outside growers. Today, Grimmway’s organic footprint has grown to cover multiple growing regions in California as well as Washington, Colorado, Georgia and Florida. Jeff has been the visionary for Grimmway’s organic program, helping develop year-round programs with most major retailers. His leadership allowed Grimmway to work with Costco to convert all of their carrots to organic. As a result, Grimmway is the sole supplier of carrots for Costco in the U.S. and several other countries. He has educated hundreds of buyers and has been asked to speak at multiple retailer produce training programs. He has given farm tours to hundreds of produce buyers, educating them on what it takes to grow organically and be sustainable. He has spoken at organic conferences and USDA meetings, and has testified before a House Agricultural Committee to emphasize the importance of the National Organic Standards Board. He serves on various agricultural boards and advisory committees. His expertise in organic farming has been tapped by regulators, trade associations, elected officials, California Department of Food and Agriculture, and USDA for input into all areas of organic production. Jeff actively represents Grimmway and Cal-Organic Farms in their support of the Organic Trade Association and The Organic Center. “It is a tremendous honor to be recognized by my peers and fellow members of the trade association. I look at this as one of the greatest awards anyone involved with organic can receive, and I am grateful to accept on behalf of the many dedicated farmers who work alongside me at Grimmway and Cal-Organic Farms,” Huckaby said. “My passion for farming spans four generations of my family and almost every decade of my life. I’ve been growing organic at Grimmway for more than 20 years, and I am proud to have helped build our organic program and expand the Cal-Organic Farms brand. Over these years, I’ve witnessed the commitment, hard work and downright grit among all members of this community who are fighting to ensure a bright future for organic in the U.S. I am deeply proud to help lead in this charge and pave the way for the next generation of farmers. Thank you for your support.”

The Organic Trade Association’s Annual Organic Leadership Award was established in 1997. Awardees are nominated by their peers and chosen unanimously by the association’s Board of Directors. A complete list of past honorees is featured on our website. “Each year we look forward to recognizing those within the organic sector who have led with valuable contributions to help grow and expand organic agriculture and products. It is exciting this year to have three organic farmers who together represent the real diversity of what organic farming looks like today in the United States, yet each is a steward of the land, helps feed their communities, and inspires others to do the same.” said Laura Batcha, CEO and Executive Director of the Organic Trade Association. The Organic Trade Association (OTA) is the membership-based business association for organic agriculture and products in North America. OTA is the leading voice for the organic trade in the United States, representing over 9,500 organic businesses across 50 states. Its members include growers, shippers, processors, certifiers, farmers’ associations, distributors, importers, exporters, consultants, retailers and others. OTA’s Board of Directors is democratically elected by its members. OTA’s mission is to promote and protect ORGANIC with a unifying voice that serves and engages its diverse members from farm to marketplace. The Organic Trade Association does not discriminate on the basis of age, disability, national origin or ancestry, race, gender, religion, sexual orientation, marital status, political affiliation or military status. Persons with disabilities who require alternate means for communication of program information can contact us at info@ota.com