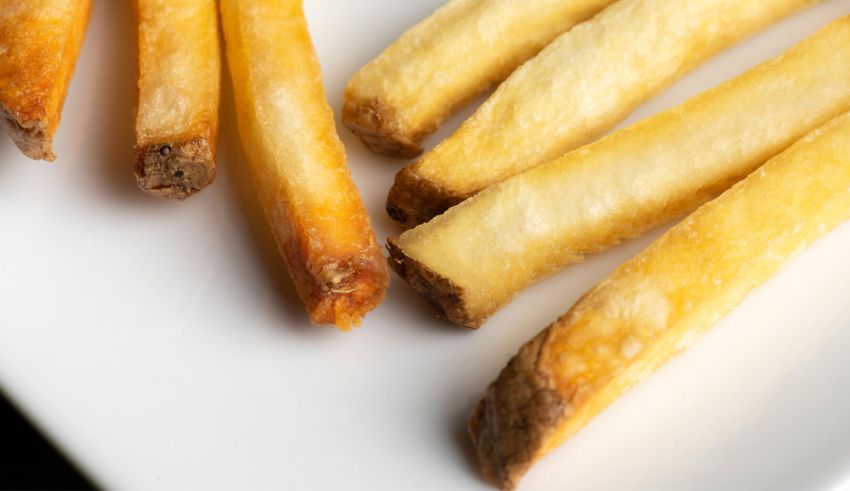 Mary Ellen Camire has some good news about french fries. Fries made with the new potato varieties AF4296‐3 and Easton have much lower levels of a probable carcinogen than those made with the popular Russet Burbank variety, says the University of Maine professor of food science and human nutrition.

Acrylamide is a probable carcinogen in fried potatoes; during the frying process the chemical forms from sugars and an amino acid that are naturally in potatoes.

But for those envisioning the safer-to-eat, golden brown, crispy-on-the-outside, soft-on-the-inside fries with a sprinkle of sea salt and a splash of vinegar, hold that thought.

Forty-seven tater taste-testers testified to that — rating the aroma, taste and texture of fries made with AF4296‐3 and Easton potato varieties similar to Russet Burbank.

But they rated the whitish color of the new varieties significantly lower.

Camire says an education or promotion campaign is likely needed to let the public know about the merits of the less-than-golden fry.

“Acrylamide is found in many foods that are baked, roasted or fried, but since frying is the most popular method for cooking potatoes, we wanted consumers to have a safer alternative developed by traditional breeding practices,” she says. — University of Maine

“It took years to convince consumers to switch from whole milk to low-fat or skim milk; hopefully changing consumer acceptance of these fries will not take as long.”

Camire conducted the pilot study with colleagues Aaron Johnson, a former UMaine graduate student and now a senior sensory scientist at ConAgra Brands, and Gregory Porter, who heads the UMaine potato breeding and variety development program. Their goal was to reduce the potential development of acrylamide in fried potatoes.

During the study, the scientists also learned that the amount of fertilizer applied to the potatoes had little effect on people’s fondness for the fries.

The Journal of Food Science published the team’s findings, “Low‐Acrylamide French Fry Acceptance: A Pilot Study,” in December 2019. The journal is published by the Institute of Food Technologists; Camire served as the institute’s 75th president in 2014–15.

The study was conducted as part of a U.S. Department of Agriculture National Institute of Food and Agriculture award of $7.8 million to a consortium that included the University of Wisconsin, UMaine, and other universities, federal laboratories and potato processors.

Camire says the team now wants to examine how a national sample of consumers accept these new potato varieties. “French fries, like any fried food, should be consumed in moderation,” she says. “Our goal is to supply consumers with a satisfying fry that is lower in acrylamide.”