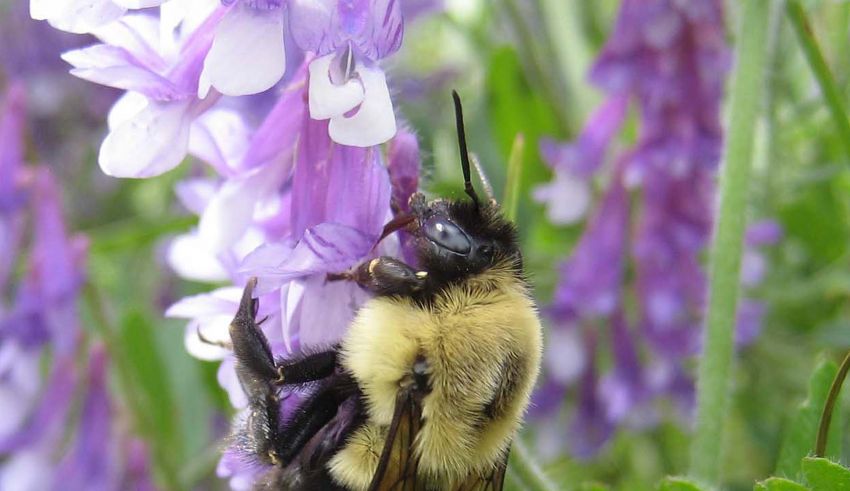 Without enough sugar in their diets, bumblebee queens can experience difficulty reproducing and shorter lifespans.  Hollis Woodard, assistant professor of entomology at UCR, has conducted multiple studies showing how loss of plant availability negatively affects the prolific pollinators. Previous research indicates a queen’s diet can impact how quickly her brood develops, or whether she’s able to live through hibernation.

In a study published recently, Woodard and her team demonstrate that without adequate sugar, the queen’s fat body, which functions like a human liver, does not correctly produce enzymes required for healthy metabolism and detoxification from pesticides.

“The fitness consequences of not producing enough of these enzymes, P450s, could ultimately be lethal, preventing reproduction or shortening lifespans,” Woodard said. “If you don’t outright kill a queen, but she can’t lay eggs, from a population standpoint you might as well have killed her.”

Woodard’s team wanted to focus its research on bumblebee queens because they undergo an event called diapause, which is like hibernation. Queens gather an abundance of nutrients just before diapause, as it is likely one of the most vulnerable times in their lives.

A queen’s ability to survive this period is not guaranteed without adequate nutrition. However, the team also wanted to know about the sublethal effects. “We wanted to ask if other signs of distress might be detectable in advance, and whether there are molecular signs queens might not make it through diapause,” Woodard said.

The research team collected queen bumblebees of varying ages and fed them one of four diets ranging from no sugar to extremely concentrated sugar. They found queens in the oldest age group, roughly 12 days old, who were fed the most sugar, began to exhibit gene expression patterns consistent with the beginning of diapause. This suggests queens may have an internal mechanism to detect the amount of stored sugar in their bodies, Woodard said. By extension, it means there may be a way to detect in advance when queens do not have enough sugar to survive diapause, or for their fat bodies to produce enough enzymes to protect them from damaging pesticides.

This research underscores the importance of bumblebee food resources, which have been dwindling in recent years due to habitat loss. “There are studies showing gaps in floral availability late in the season before diapause, when queens most need food,” Woodard said.

In addition to habitat loss reducing bumblebees’ preferred plants, climate change may also be taking a toll. As winters become warmer, queens may emerge earlier from diapause in winter when fewer flowers are available to them. Their physiology becomes uncoupled from the seasons, making it less likely that they survive, or that their nests will be successful.

Many bumblebee species are declining, which could eventually have consequences for the human diet. Bumblebees, unlike honeybees, are native to the U.S. and perform a type of pollination essential for some of humans’ favorite foods, such as tomatoes, blueberries, potatoes and almonds.

Therefore, Woodard believes every effort must be made to ensure bumblebees, especially queens, have enough flowers to feed on. “It’s important for everyone from land managers to people with gardens to plant things bumblebees can feed on,” she said. — By Jules Bernstein, University of California, Riverside