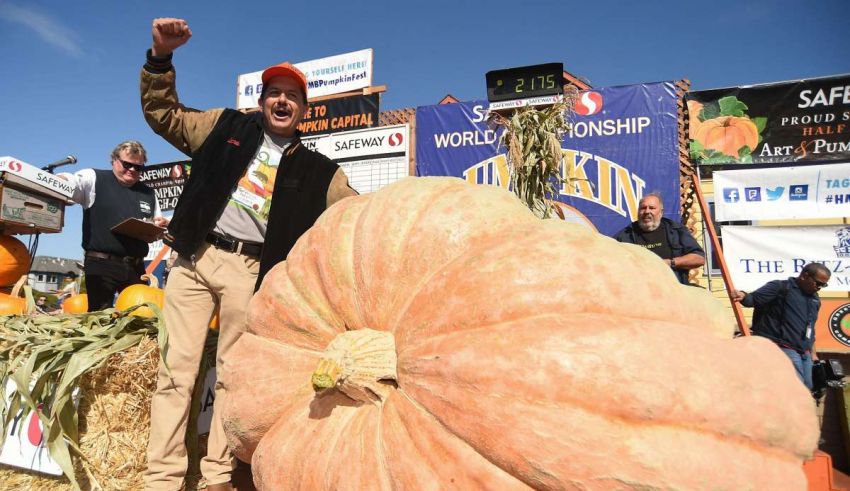 The event was preceded by the annual World Championship Pumpkin Weigh-Off, featuring the World’s Greatest Gourd Growers and their titanic orbs. Organizers offered a hefty, world’s biggest top prize of $7 per pound and $30,000 in total prize money for a new world record entered at Half Moon Bay plus beefed up overall prize money to the Top 20. Two-time Half Moon Bay champion Leonardo Urena’s Goliath (Napa, CA) 2,175-pound mega-gourd obliterated a formidable field of heavyweight contenders in winning the 2019 Safeway World Championship Pumpkin Weigh-Off and setting a new California record.  As impressive as Urena’s mega-gourd is, it did not exceed the world record – 2,624 pounds set in 2016. With the win, Urena claimed a cash prize of $15,225. The Goliath grand champion mega-gourd, along with the top four heaviest weigh-off pumpkins, were displayed at the Pumpkin Festival.